Adding data to a project¶

Data are added to a project by choosing Add Data in the PROJECT menu. 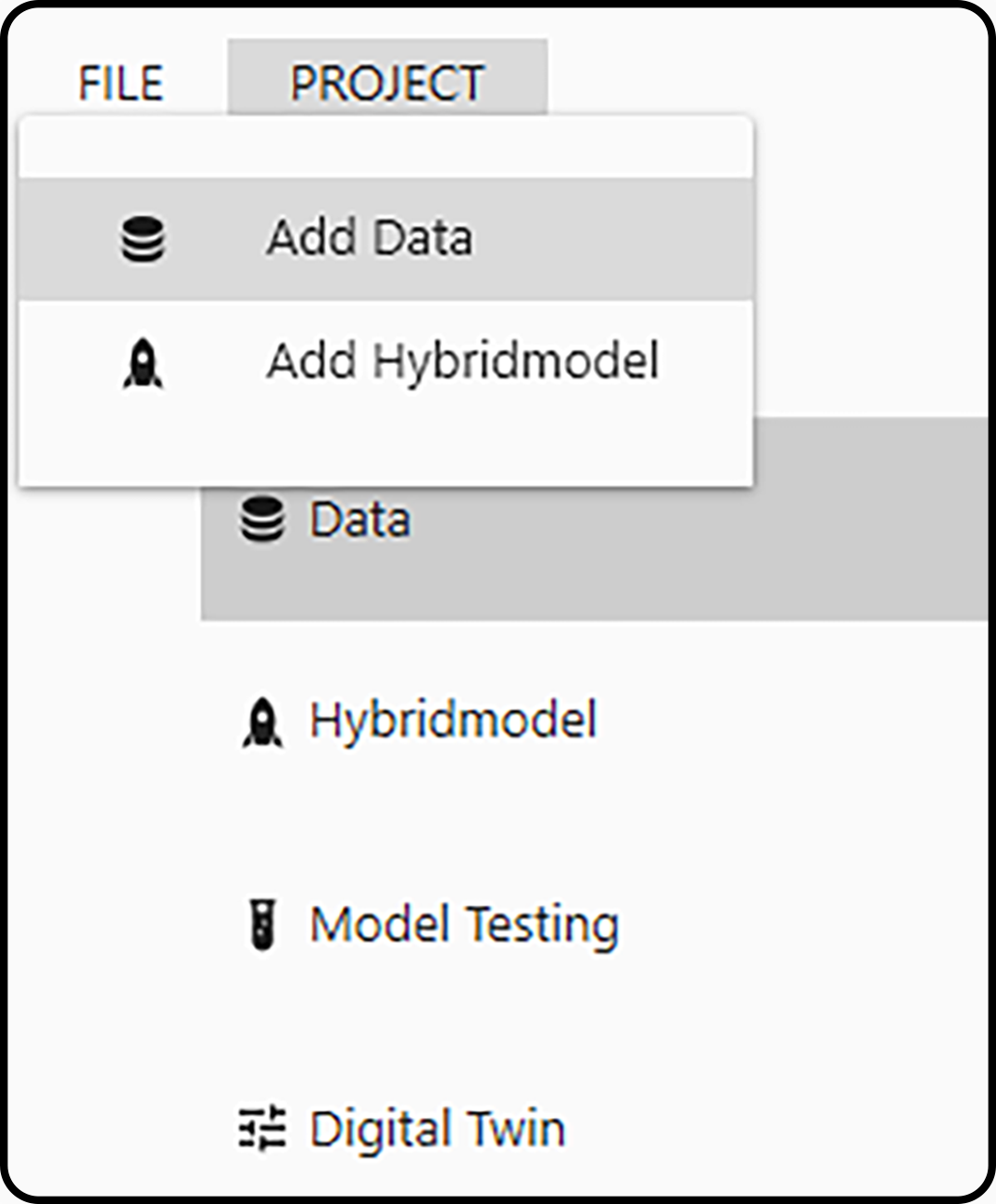 Data will be imported into the current selected project. In case you have multiple projects coexisting in the same Toolbox instance make sure, the one you want to import data to is properly selected.

In a next step a dialog opens asking the user to select the file format (file extension) and the file itself to be imported. 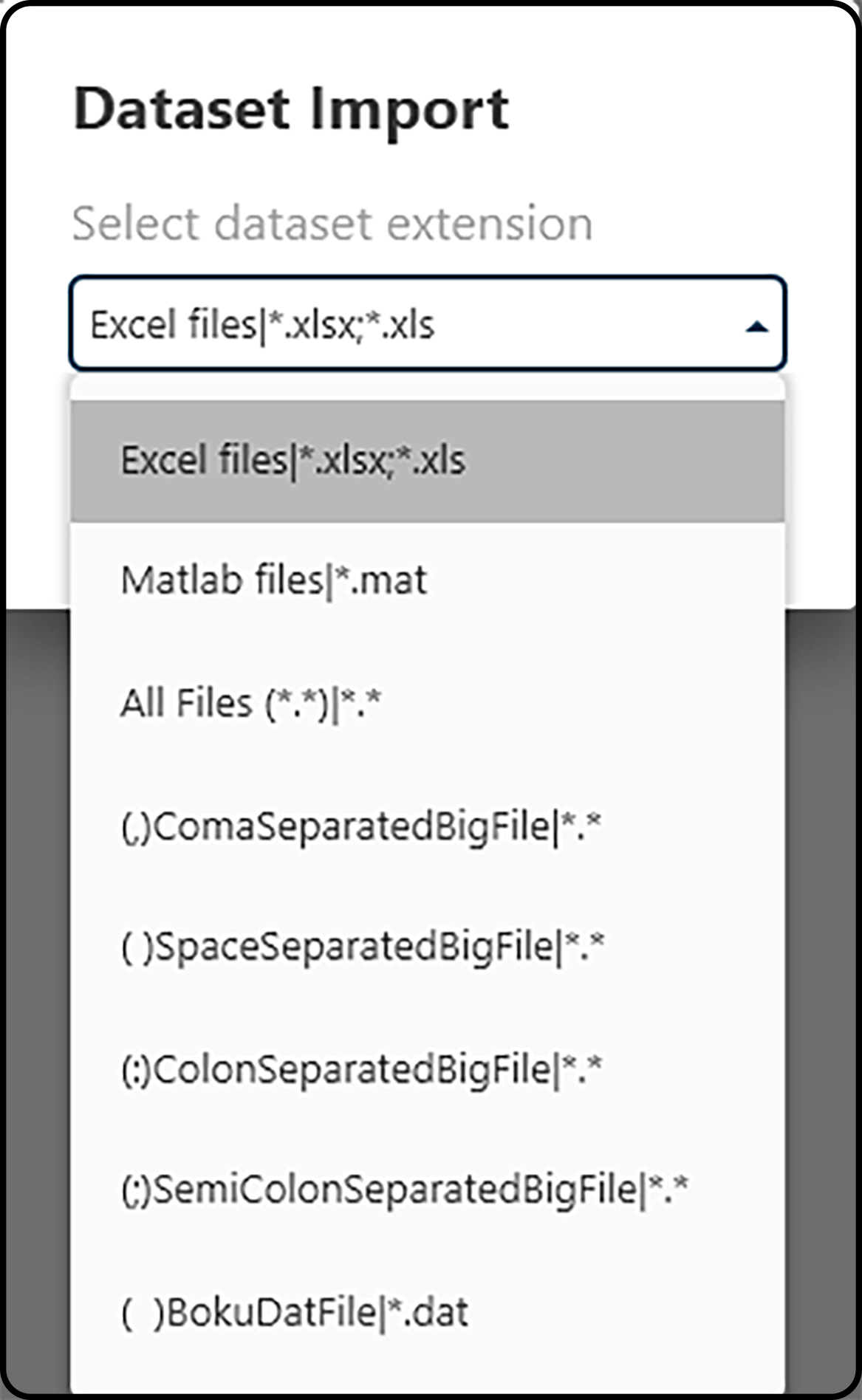 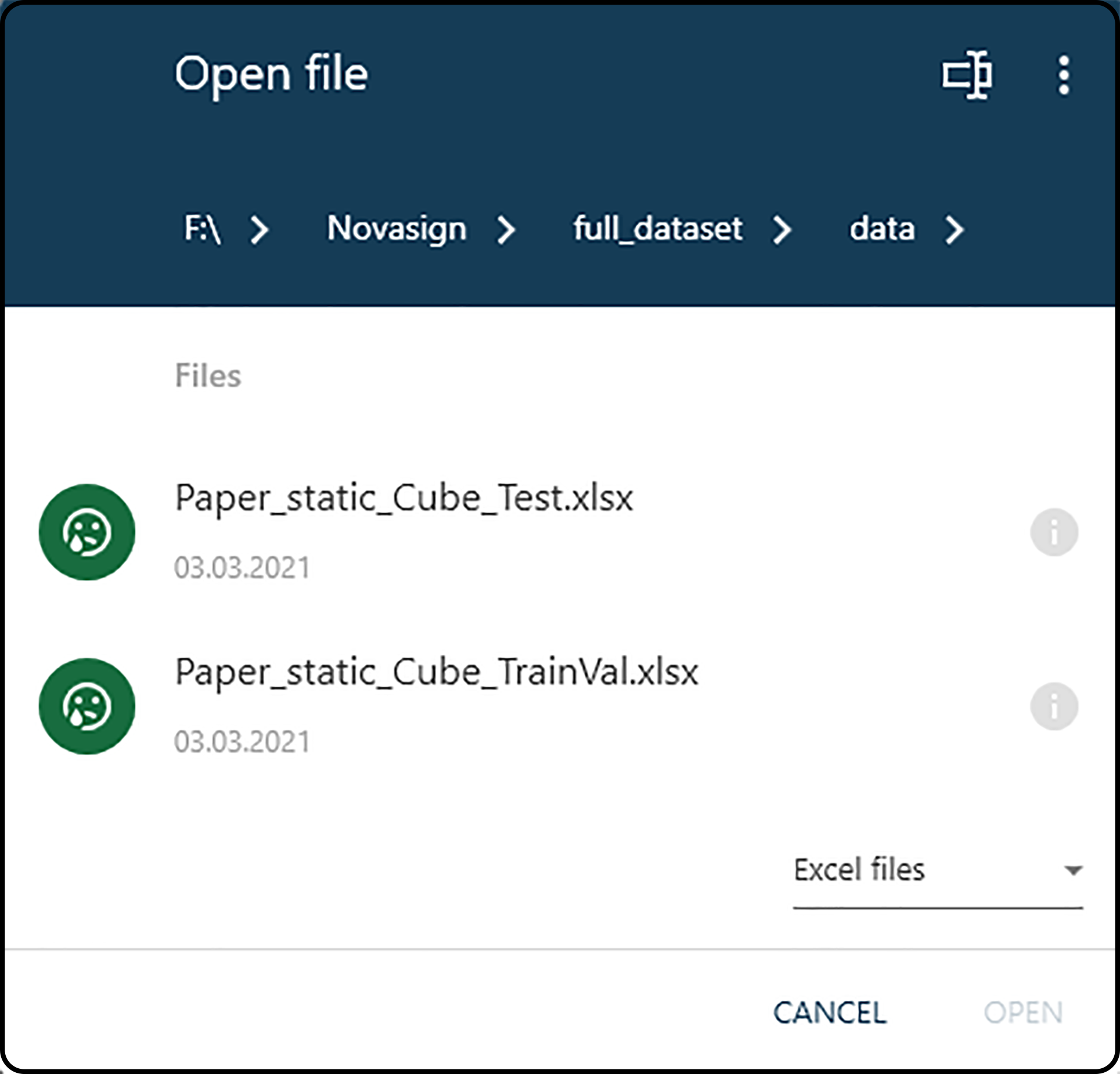 Figure 8. Selecting a file to import in the open-file dialog.¶

The three vertical dots in the right upper corner of the open file dialog box can be used to change the drive.

Only files of the previously chosen file format are shown in the following open file dialog.

Finally, in the import options dialog several details must be specified for the data set: 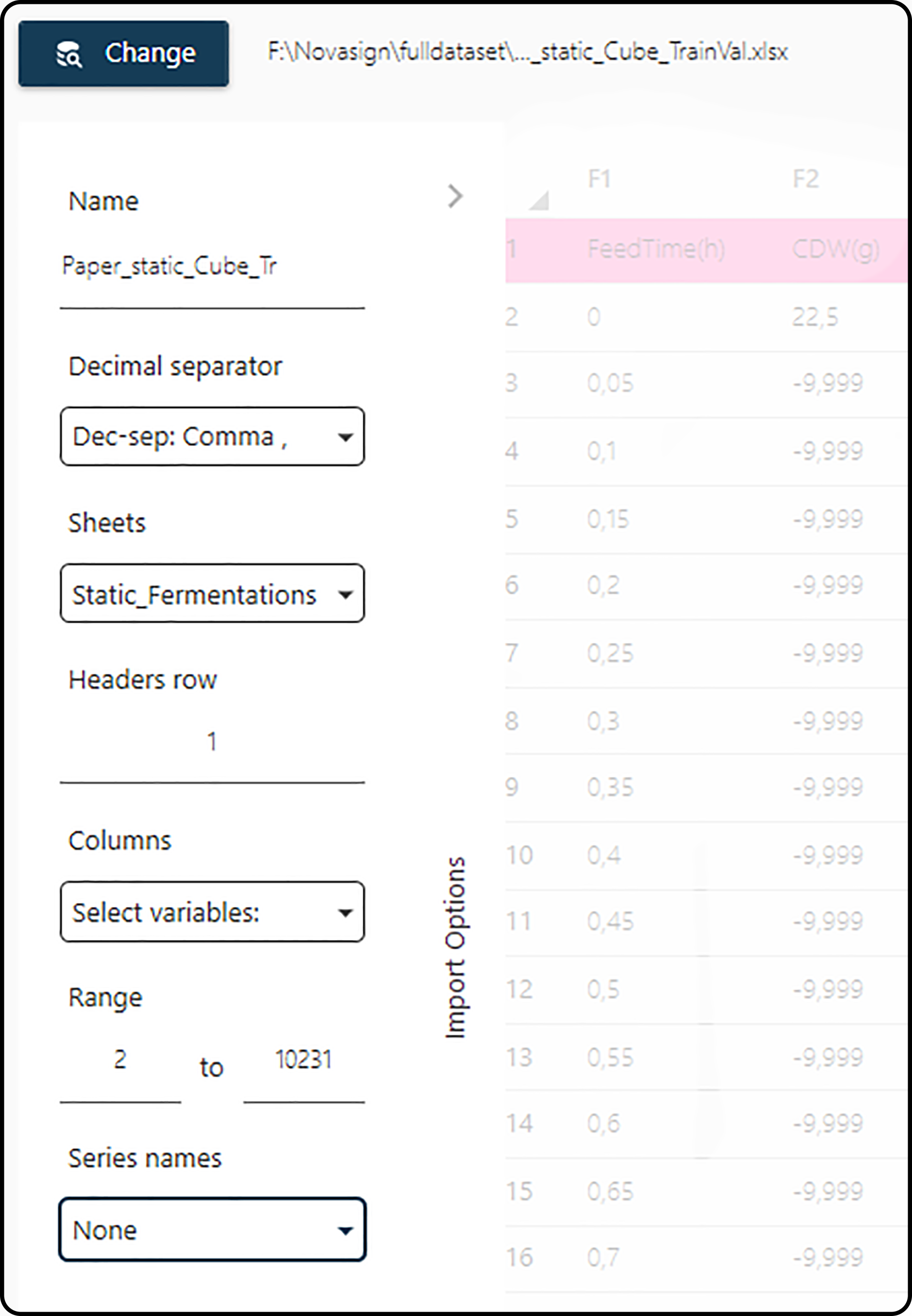 Figure 9. In the import options dialog details for the data set to be imported must be given.¶

In order to return to the previous step (file type selection), the button

in the left upper corner of the import options window can be used, but it is recommended to cancel the data import process and start from the beginning.

After a proper selection of the dataset details, the file is loaded. During the loading process, Loading data is displayed – please be patient, depending on the file size this process may take a while.

If the data of interest are spread over multiple files, the import procedure has to be repeated for each of these files.

It is recommended (but not mandatory) that data chosen for import have a header, i.e. contain the variable (column) names in the first row.

If the file being imported is of type Microsoft Excel, multiple rows of headers in the file are allowed; nevertheless, only one will be selectable in the import options.

All values in the data set must be numeric (exception: the header row(s), which typically contain(s) names/characters) and with a proper decimal separator for non integer values. Categorical (nominal or ordered) data must be transformed to (a series of) binary (0/1) variables prior to data import. Note that also the Series name column must contain numeric data only.

Missing values are allowed in the data. It is recommended to either use blank or empty cells in the original data or a dummy numerical value (such as -9.999). In the first case, the empty cells are automatically transformed to NaN during import, in the latter case the dummy value is preserved during import, but can (and should) be corrected in a later stage.

It is highly recommended to use the Microsoft Excel type (.xls or .xlsx) with one sheet/tab of data whenever possible.

The following table shows potential compatibility issues during import: for a certain source file type, extension/delimiter, presence/absence of a header and choice of import filter (in the dataset import dialog), information on potential import problems is given in the annotations.

Microsoft Excel must be installed on the PC.

May not work. Tries to open file within Microsoft Excel using microsoft.office.interop.excel.workbooks.opentext .

Caution! Decimal separator is set to default one from system setting. Will only succeed if file has same decimal separator as the PC settings. If different, data will be corrupted.

Caution! Use this method only if file decimal separator is not a coma. Otherwise extra columns will be inserted and data corrupted.

Headers will be substituted by autoincremented ones.

For BOKU internal projects only.

For numeric matrices only. Gets matrices stored in a MAT file.

Matlab: As indicated in the annotations above, .mat files are supported if they contain numeric only matrices. Existing matrices will be loaded as tables. If more than one matrix exists, the behavior will be the same as importing a Microsoft Excel file with multiple sheets (see Sheet selection).

The import options window will pop up with the dataset name CoolMatlab and 3 available sheets (A, B, C).

It is highly important to select the correct decimal separator for the source file in the drop-down menu – either a comma , or a dot .

Selection of the decimal separator is not available in the import options, if the chosen file type is SpaceSeparatedBigFile, CommaSeparatedBigFile or SemicolonSeparatedBigFile. Instead, it’s predefined according to the system configuration. This behavior will be modified in future versions for a higher flexibility.

If the dataset being imported uses a dot/period . as decimal separator and Dec-sep: Comma , is (wrongly) selected, the imported values will differ from the original ones and no error will be prompted.

Besides setting several options, the import options dialog also displays the data on the right-hand side of the window. Clicking in one of the cells allows for changing/manipulating these values. It is recommended that larger changes to the data are performed in an external application (e.g. Microsoft Excel). 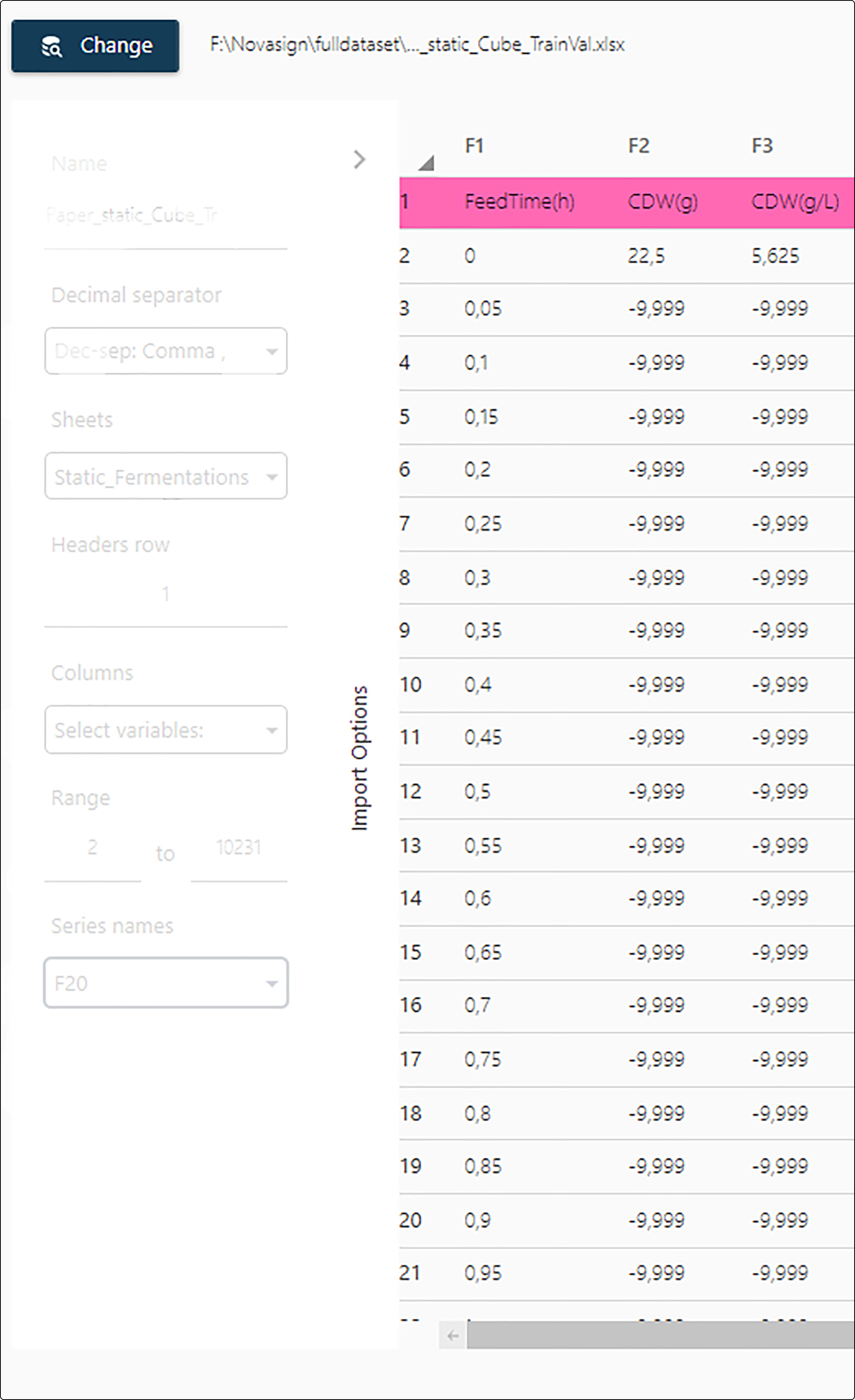 Figure 10. The data viewer in the import options dialog allows for data manpulation.¶

The Sheets drop-down menu in the import options dialog allows for selecting one or more data sheets to import. In case there is more than one sheet in the source file,

If no sheet is selected, nothing will be imported and the effect is the same as clicking on Cancel.

If multiple sheets are checked, import details, such as the headers row, the column- and row-range to import as well as the selection of the series name must be set individually for each sheet. To do so, select each sheet and the previous fields will be updated to its correspondent individual setup.

Selecting a sheet for data import is accomplished via the corresponding check-boxes in the Sheets drop-down menu. To display different sheets in the data viewer (in order to decide on the values for the import parameters), the sheets have to be selected by clicking in the red marked area besides the check-boxes, as shown in the next figure. 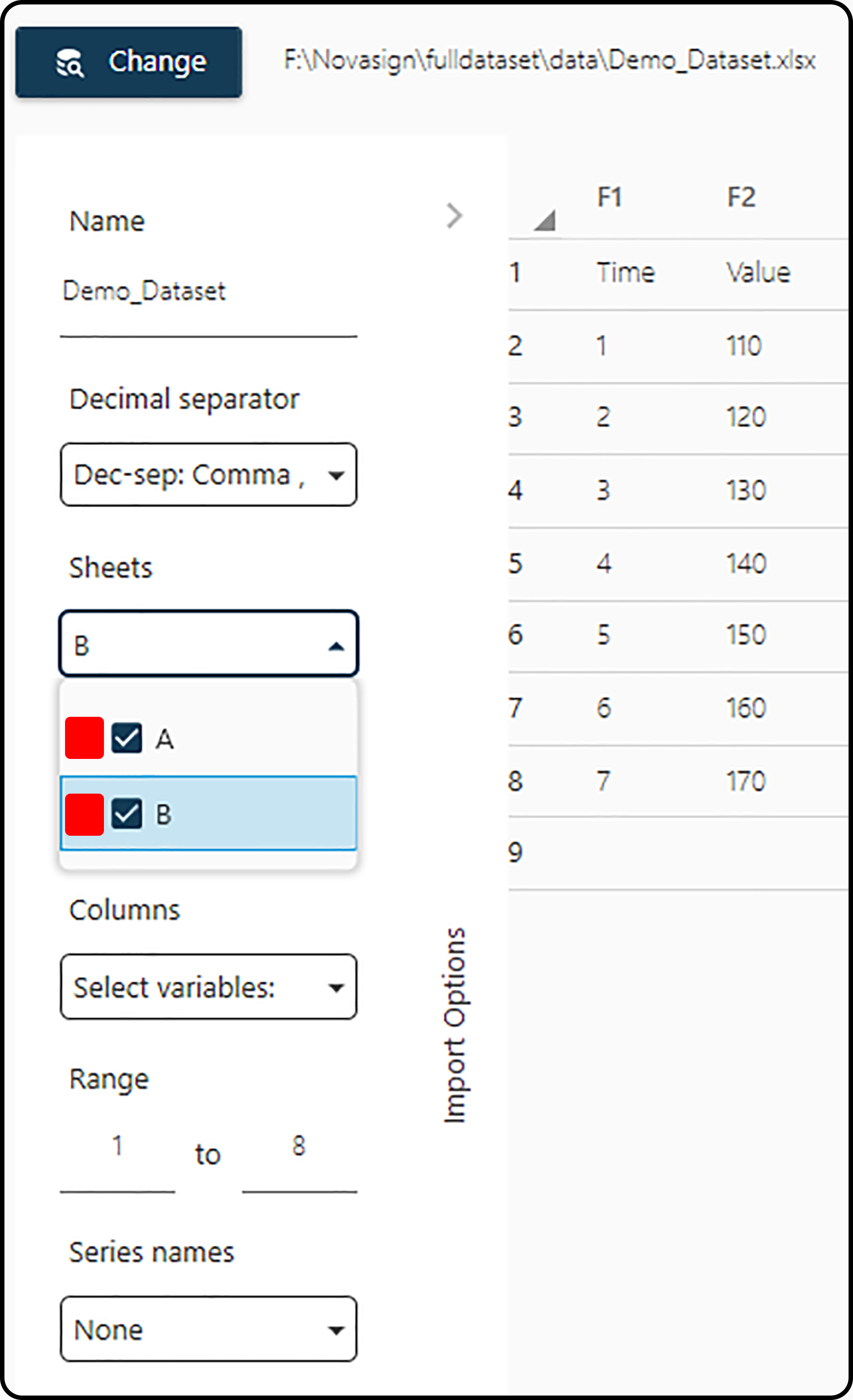 Figure 11. Selecting a sheet to display it in the data viewer by clicking in the red marked regions.¶

Suppose there is a data set with a Time column, a data column VAR_A and an Id column giving the number of the experiment.

If the Series name in the import options

Selecting a row-wise subset of the data might be particularly useful in (at least) 3 situations: